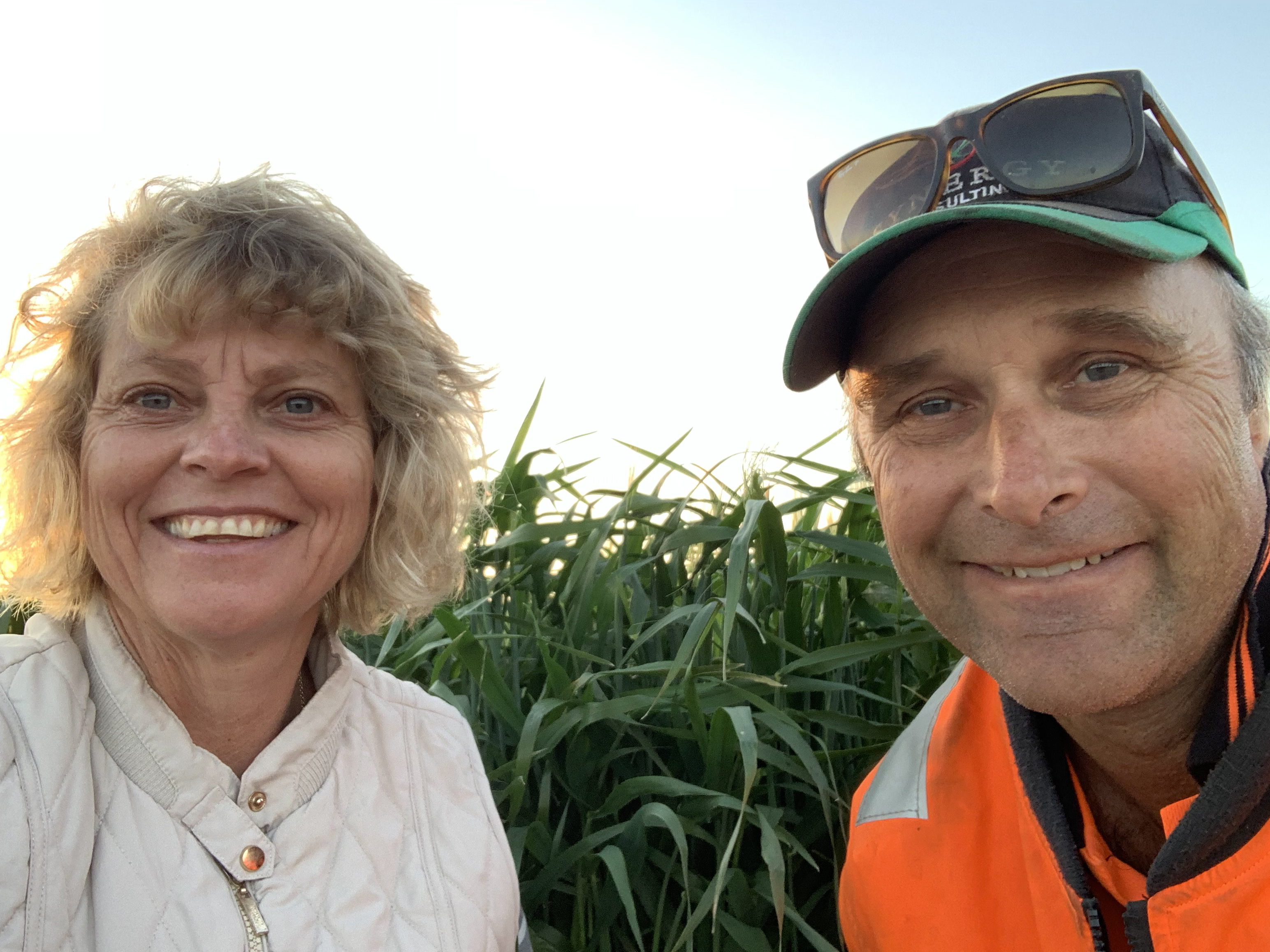 Phil Jones’ family settled in the Belka area back in the 1930s,with his grandfather working on Percy Jackson’s property, Wattle Farm.  He went on to purchase the property in 1940 and hence the story began. Phil, his wife Robyn, and their sons, Cale & Mitchell, are now well entrenched in the farm’s operations.  Phil’s mother and father (Lyle and Mignon) are both still well and truly part of the fabric in day-to-day operations, making it very much a family affair.

Phil and Robyn registered their Poll Merino stud, Belka Valley, in 2003.  Their long-standing desire for both breeding stud merino sires, and a passion for the merino sheep in general, was the catalyst. The family had dispersed the original stud, Kenville, back in the 80s but one genetic line was retained, which appears to have kept the breeding flame alive.

In current times, the annual Belka Valley Ram Sale attracts a large crowd from all around the wheatbelt and has built a reputation as a great source of soft-handling, robust animals with plenty of size and softness. Phil and Robyn’s theory is to keep it plain and simple, to produce no-fuss animals that provide great return on investment.  They annually sell about 70 rams at auction, and about another 70 on-farm to various buyers from around the state each year.

As if that wasn’t enough to keep them busy, the family crops some 2000 hectares of wheat, barley, lupins and canola.  With favourable conditions, they achieved an excellent result for the recently completed 2021 harvest (although there may have been an incident with a grain trailer that we will not mention Phil?).

Phil and Robyn Jones became the second Milne Feeds depot in WA, back in 2006. They had previously been mixing their own rations for ewes, lambs and rams and sought a better way. Milne Feeds quickly alleviated that issue.  Using a complete pelleted feed created more time to focus on other areas of their farming enterprise, whilst providing peace of mind with continuity of quality, tested and proven sheep feeding products.

Offering benefits of both the ease of management and some diversification, becoming a Milne depot was a natural fit. With their first-hand experience in sheep production, and witnessing excellent results with Milne products, they soon shone through, developing another great enterprise.

Phil and Robyn had first started using pellets to trail feed pre-lambing ewes.  This continued into their ram enterprise, with the use of both the LambGro® and EasyOne®. They have recently made a big swing back to trail feeding and smaller mob sizes to facilitate easier management, better performing sheep, improved mothering, and achieve no wastage at all.  For Phil and Robyn, zero mortality rates, healthier sheep and the simplicity of a full nutrition feed make using Milne Feeds pellets a 'no-brainer'.

If you are in Bruce Rock and surrounds, Phil & Robyn Jones are always happy to chat about your feeding requirements, or to discuss your Milne Feeds easy feeding solution, on 0428 469 015.