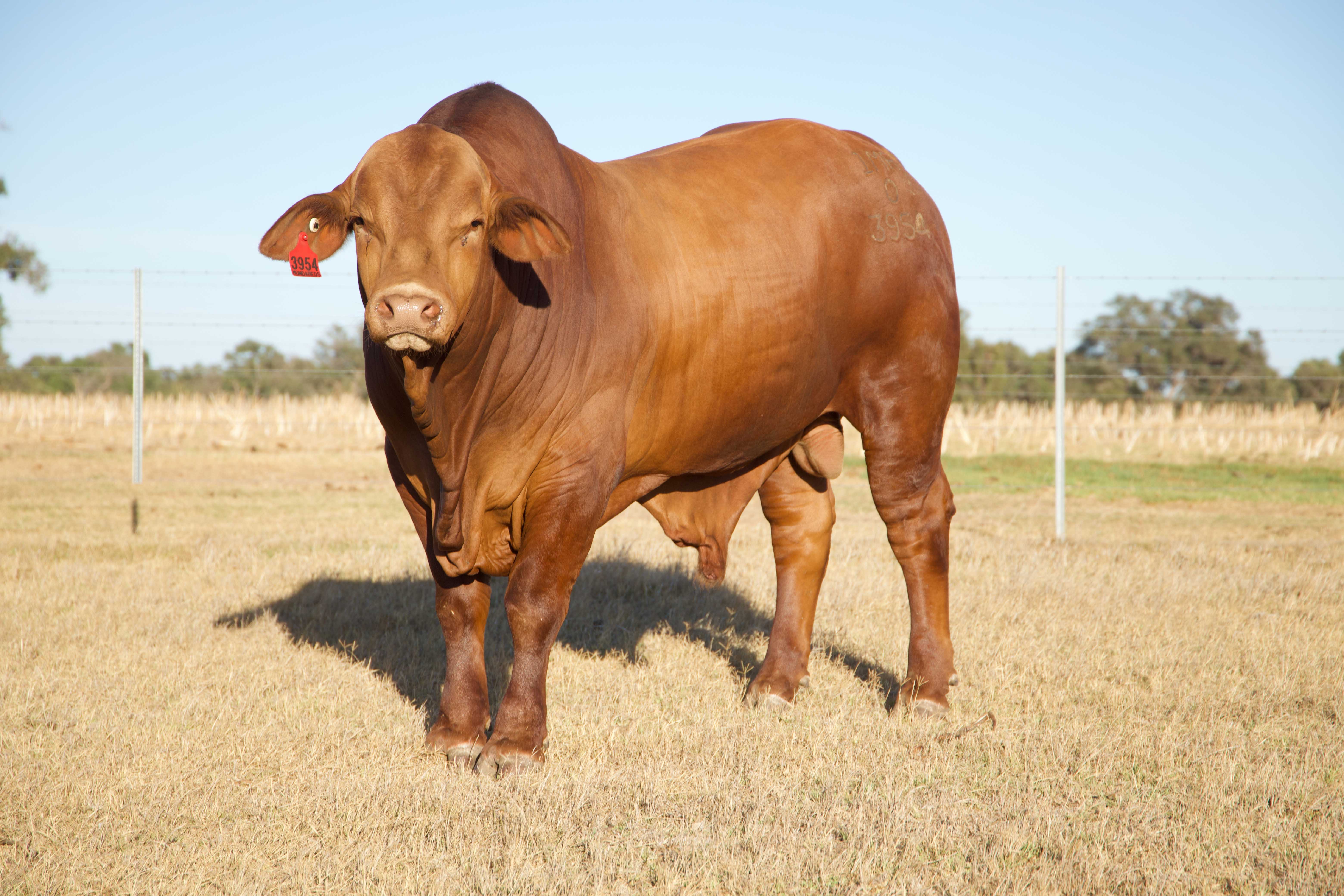 It's a Wrap - The Munda Reds Droughtmaster Sale

Recently, Milne Feeds team members Jess Andony, Amanda Ortiz, Dean Maughan, Wayne Manoni, Josh Sweeny and Jono Langan attended the inaugural Munda Reds on-farm bull sale, held at their Glencoe property in Gingin. Munda Reds is the stud name for Generation Pastoral’s Droughtmaster cattle. Owners Michael and Sue Thompson, together with their team, operate a large northern beef enterprise and have been clients of Milne Feeds for 10 years. Their cattle operations include Munda Station, in the Pilbara, which runs close to 7000 breeding cows, together with Glencoe Farm, in Gingin, where they run 1000 stud breeding cows and a feedlot.

At their sale, Generation Pastoral had 85 stud registered bulls on offer, along with 50 commercials bulls. The sale was a huge success with a 100% clearance rate. The average sale price of $11,046 set a new Western Australian record for Bos indicus cattle. The top stud bull sold for $60,000 to High Country Stud in Queensland and the top commercial bull sold for $26,000 to Warrawagine Cattle Company from the Port Hedland – with the proceeds from this individual sale being donated to Telethon. The average price of the stud bulls cleared on the day was $12,981 and the average commercial bull price came in at $8,088. Both these prices set new WA records for Bos indicus bulls sold at auction and average Bos indicus bull sales.

For the Generation Pastoral team, the sale was a huge success and has definitely cemented their name as quality Droughtmaster breeders across Australia. Throughout their breeding program, they have a strong focus on quality genetics, temperament, and good feet and legs, as well as breeding for double-polled cattle. This sale offered 72 double-polled bulls of the 136 in the sale.

Generation Pastoral are large volume buyers of both Early Weaner and Vitalize®, and EasyBeef® to a smaller extent. They use Early Weaner at Munda Station to wean young calves on to, particularly when the wet season is drier than usual. They will also use EasyBeef® for replacement heifers and bulls at the station through lick feeders in the paddocks. Down at Glencoe, they use 4mm Vitalize through restricted intake lick feeders to grow out stud bulls and young cattle, as well as using EasyBeef® through self-feeders in their feedlot.

We were proud to support the Munda Reds team at the bull sale. Our team set up a stand on the day, showcasing Milne Feeds products and providing nutritional advice and feeding tips. With many pastoralists in attendance, it was a great opportunity for cattle breeders and producers to have a day off the farm and interact with industry counterparts in a relaxed environment.