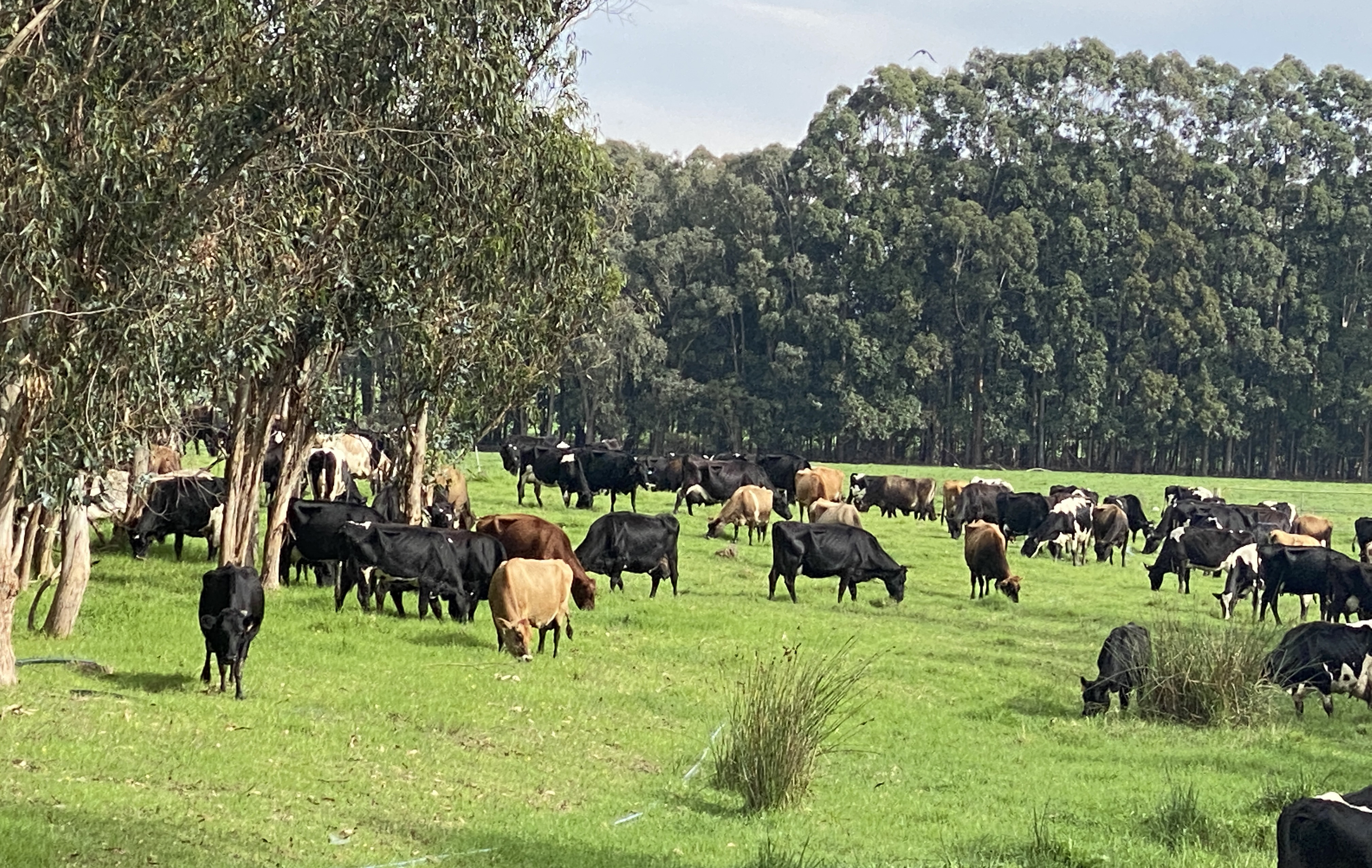 With the break of the season well and truly here, we are looking at wet conditions in the southwest, going forward. By now most dairy producers will have access to new season pastures, some more advanced than others.

New season pastures, that are actively growing, will be high in both metabolizable energy (ME) and crude protein (CP), and low in both neutral detergent fibre (NDF) and dry matter (DM). Having a good level of fibre in a dairy ration is essential, not only for rumen stability, but also for milk fat production.

Fibre in the ration helps to slow down the fermentation process in the rumen, which is particularly important when feeding highly digestible grains such as wheat and barley, as well as when cows are grazing short, new pastures.

New season pastures can have ME and CP levels similar to that of grains. Some of the annual ryegrass varieties currently available to producers will regularly test at between 11.5–12 MJ ME/kg DM, as was seen in the Western Dairy WA Seed Performance Trials undertaken in 2018 – 2020. Pastures analysed in this data showed CP levels between 20 – 30%.

To counterbalance the effect of new season pasture on rumen stability and milk fat production, Milne Feeds developed MaxiFat® pellets.  This feed is particularly designed for producers to use when grazing these types of pastures, and when having an additional fibre source in the ration is required. MaxiFat® is formulated using the same technology as the trusted Maximize® & Maximize Plus® products, with the inclusion of additional, treated fibre. The inclusion of treated fibre increases the NDF in the pellet, thereby increasing fibre intake, to support milk fat production and rumen stability.

MaxiFat® has an NDF content of 25%, with the same metabolizable energy content (13 MJ ME/kg (est)) as Maximize®, and 12% crude protein. It also contains the vitamins and minerals required to support high milk production in lactating cows. It is designed to be fed in conjunction with grazing feeds, such as pastures, and is ideal for winter growing conditions when pastures are low in NDF.

If you would like to try MaxiFat® as a feeding solution for your herd, please get in touch with Jess Andony from the Milne Feeds team, mobile: 0435 174 719, or email: jessica@milne.com.au