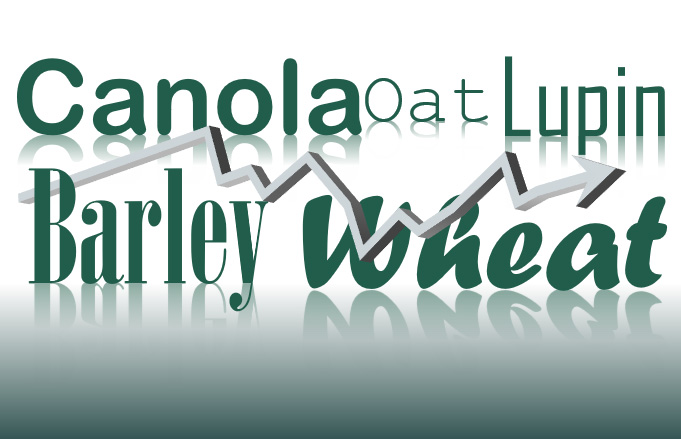 Navigating the September Grain Market - By The Compass

The grain market’s constant and unpredictable movement is like a bonfire in summer, mesmerising but with the underlying fear of it blazing off in the wrong direction. For most participants, grain marketing/procurement decisions get serious at harvest time. Except for forward transactions, every price-point a commodity achieved previously is irrelevant. But the sense of whether the price is ‘good’ or ‘bad’ is anchored to what came before (who hasn’t heard the exclamation “if only I’d locked in 1000 tonnes in July!”)  So where are we placed as headers rev their engines for what is looking like a record-setting 2021 harvest?

The story of the growing season is canola . The oilseed has ignored mathematical logic as the price rocketed beyond historical ‘deciles’, driven by overseas supply issues and increasing European biofuel demand. Nature invited WA growers to the canola party with an early break, inclusive of Cyclone Seroja, encouraging anyone and everyone to stuff the dark little spheres into good moisture profiles whilst dreaming of $700+ per tonne of golden lucre come harvest time. Approximately 1.6m ha of canola was sown in anticipation and it might have been more if not for seed scarcity. In July, the hottest weather in Canada’s modern history struck and prime canola country in Saskatchewan was smoked.  Prices shot past $900 (let’s be dramatic and call it Decile 15!) and there they have stayed. With no significant global canola exporter able to bridge the supply-side gap, WA canola growers are sitting in the box seat. Buyers of canola meal on the other hand will be wondering how a by-product can cost more than the usual price of the raw commodity!

Early wheat pricing was defined by its tempestuous global relationship with corn. It was like watching a drunken tango, with the two separate commodities careening around each other but generally lurching forward in tandem. Corn was taking the lead early and, as it tore up the floor, wheat had to follow.  When corn took a break, analysts started looking hard at the wheat fundamentals. The wheat S&D is a complex affair, with many producing countries, varying levels of transparency (so meat ‘blind trust’ levels) and over 750 million tonnes to account for in a given year – it’s easy to miss a few million tonnes or two. So, when the canola- smoking weather did a job on the North American spring wheat, at the same time Russia wound back its harvest estimates, wheat got its mojo back and went all John Travolta for a fierce solo run. With the many levers at play with wheat, things can change quickly but it seems like the bears and bulls have squared off, resulting in minimal material movement either way as the WA crop comes off.

With China belligerently slapping Australian barley with punitive tariffs in 2020, WA growers lost their premier barley market. Instead, WA barley must travel further to market and for less glamourous uses and that has been reflected in price. (Although Chinese beer cannot hold a candle to a solid Australian craft beer, Chinese brewers demand more of their malted barley than a hungry goat in Oman.)

So why is feed barley so expensive? The discount of feed barley to wheat has been difficult for buyers to ignore (whilst the premium for malt is all too easy for growers to miss). A feedmill in Vietnam runs through the price of hero ingredients such as corn, wheat, meals, … and ends up batting barley at first drop because its relative price demands inclusion in the energy line-up. This drags the price of barley up - but it’s worth noting the wheat to barley spread has been growing (evident in the chart below) and the gap will be the defining factor to barley’s price going into harvest.

Whereas most grains are driven by international values, lupin is supported by domestic demand. Lupin seed is a tough little bugger and its functional challenges have seen its use in food products limited to niche quantities at best. As a result, its spot on the grain market leader board is as a wholegrain, mid-protein, animal feed. For the 2018-20 East Coast drought, that was a great position to occupy. Lupin values crested $500pt for the first time and it would seem producers have ratchet-like memories. Despite fundamentals dropping away (cheap hay and plentiful pasture across most of Australia being the most obvious),lupin prices really hung in there, supported by substitute feed values such as wheat. Only in the last month or two was it clear that the paradigm has shifted and lupin started swimming against global grain pricing to the more familiar sub$350 level. Although lupin bottomed to $225 in 2017 – the last record WA season- it will probably stay in the $300pt to $350pt window this harvest. It’s comfortable there.

The oat market is unique for WA in that there is significant local processing capacity. Domestic buyers pick the eyes out of the crop and lock in forward contracts, as no processor wants to run out of feedstock. Since seeding, its value has ranged from $275 to $315. Making oats additionally quirky is that growers have a choice to cut for hay or run to grain. Plummeting hay prices through the Chinese market shutting down have made this choice much easier. If an oat crop is at risk of not making top-shelf hay then, literally, growers are giving the crop its head. Given that Canadian oats have also been impinged by tough conditions and European crops have had to contend with calamities such as floods, global demand should keep oat grain value above oaten hay for this season. Although the porridge munchers will win this seasonal battle, if there is a hit to the oat price over harvest, it will probably come via China, where most WA raw and processed oats end up.

Of course, we cannot forget that underlying global grain prices is the exchange rate. Over the course of the season, the AUD has dropped a few cents to the USD offering grain price support whenever there were moments of weakness. If there is one clear, underlying price pressure leading into harvest, it’s the AUD. As we watch iron ore prices tumble, the potential for a rapid slide in the AUD is real - which translates to higher local grain prices. Given that foreign exchange forecasting is notoriously difficult, the AUD’s relative value provides a layer of spice to the whole pricing shebang. (The question is whether it’s Cayenne Pepper or Carolina Reaper level!)

The information in this article and newsletter, including any links, is provided for general use only and should not be taken as personal or professional advice (financial or otherwise) from Milne Agrigroup Pty Ltd, individual authors or contributors (“Milne”). Readers should obtain their own advice from a qualified professional specific to their circumstances and not rely on the general nature of the information provided. All reasonable efforts have been made to verify information as accurate Milne does not warrant the accuracy or completeness of the information and excludes all and any loss or damage, however that loss or damage arises(including negligence).