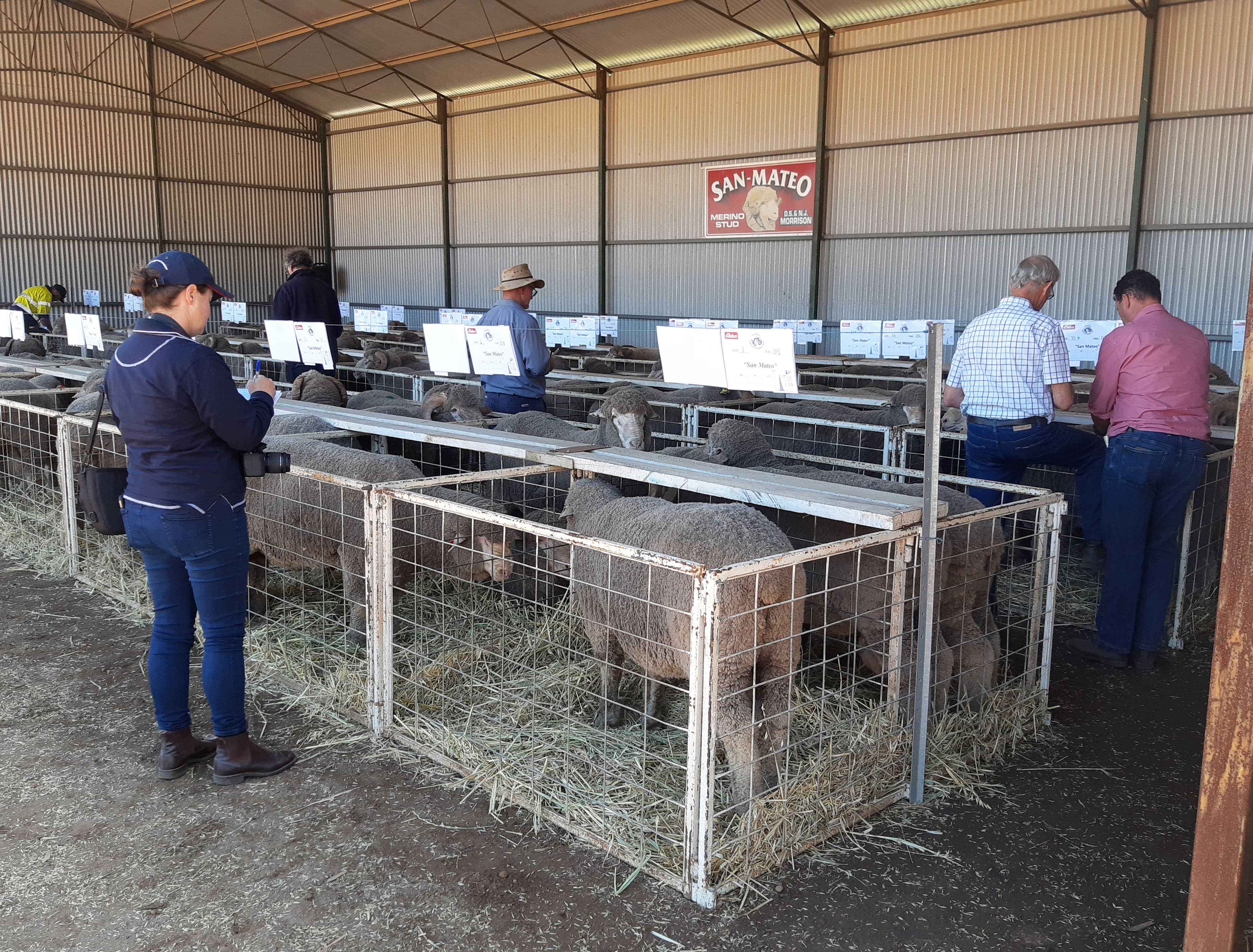 San Mateo Merino and Poll Merino Stud recently held their annual on-property ram sale in September. One of the highlights on the ram sale calendar, this year was co-principals Nigel and Damien Morrison’s 15th ram sale at their Brookton farm.  The San Mateos have proved popular due to their robust build and wool quality.  When the stud enterprise became available for purchase in 2006, one of the biggest drawcards for the Morrisons was the quality and depth of the stud ewe flock.  The task of sourcing the 100 plus rams needed to service their large commercial flock was a huge undertaking, both financially and physically.  This operation allowed them to service their flock breeding requirements themselves, and build on the bloodline.  Since purchasing the stud, the brothers have invested in the genetics and breeding of their stock, and the quality now seen is a testament to their efforts.

With the stud rams being run in a commercial environment, whilst still maintaining amazing wool quality, clients keep coming back and each year the stud has gone from strength to strength.  The San Mateos make ideal commercial rams for the Wheatbelt as they have excellent growth, quantity, and quality wool.  Returning buyers seek the San Mateo genetics due to the frame of the ewes bred out of the bloodline and the quality of the wool they produce.  The Morrisons say so long as there is interest from clients, they will continue to host their annual ram sale.

Past sales have been well received and this year’s sale was no exception. The stud presented a quality line-up of well-grown Merino and Poll Merino rams. Interest was strong with a great crowd of 17 registered bidders attending on the day. Buoyed by good season, bidding was spirited for the 121 rams offered, with an average sale price of $1523. Local Brookton bidder, G & K Bassett, took out the top-priced ram for $3300, also picking up a second ram for $2800.  Return buyer, Atlas Farms, Calingiri, was the biggest purchaser of the day, taking home a total of 21 rams.

Stud co-principal, Nigel Morrison, was pleased with the turnout and said they had a great mix of both return clients and a few new faces. “The sale went extremely well.  We are glad to have had another successful sale and look forward to doing it all again for our clients next year,” said Mr Morrison.