Contact Us
Home > News >
Why are prices sky high? by The Compass 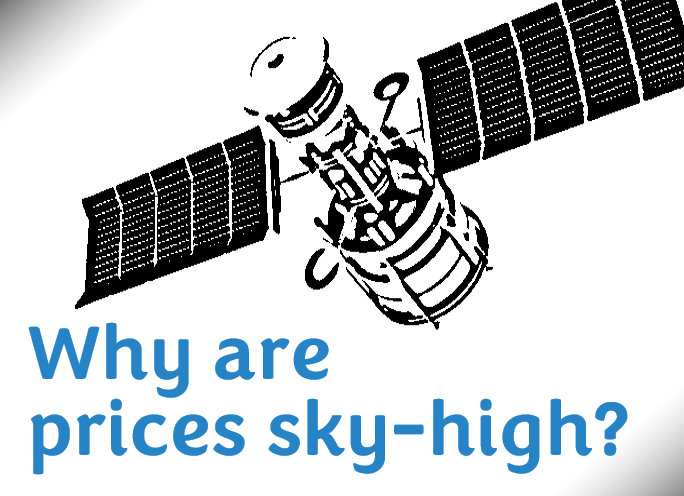 Why are prices sky high? by The Compass

Milne Feeds’ customers are in the business of plant-based energy. Whether that comes from cereals, pasture or pulses, plants that convert sunlight, moisture and nutrients into carbohydrates, fats and fibre are at the heart of the agricultural value proposition; and the price of that plant-based energy determines whether a particular agricultural value proposition is viable or not. The last few years have seen global markets move into altitudes normally occupied by satellites, with records broken for many commodity classes. How did we get here? Let’s have a look at the five ‘P’s that have driven the big ‘P’ that is Price.

There is nothing like a one-in-a-hundred-year global pandemic to throw a bucket of chips into the flock of seagulls that is the global supply chain. The ensuing chaos has impacted both demand and supply, completely upending ‘normal’ trade flows and, when supply chains become less efficient and reliable, prices go up. With anti-vaxxer trucker blockades, bored internet shoppers, sick maritime workers, grounded airborne freight, limited cross-border labour – the list of pandemic related supply chain upheaval goes on and on. The latest whack involves China’s big port lockdowns that will ensure sea containers will continue to be as scarce as a dodo riding a unicorn for a while yet.

Governments have long tried to prevent global cost escalations from hitting their local populace by using trade policy levers, mostly importation tariffs and export quotas.  India, Russia, Argentina and China are regular participants in this form of trade mischief but, when Indonesia pops up with an amateurish attempt at blocking palm oil sales, you know things are really ramping up! The latest event involved India informing the world that up to 12mt of their wheat was available for international trade (to take advantage of high prices) and then, two weeks later, slamming the cookie jar shut due to the underlying fear of domestic unrest brought on by food price inflation. Market interventions are typically contagious and follow a downward spiral as each obstruction narrows supply, which in turn lifts prices higher, encouraging further intervention. Expect more as food security continues to be an issue.

The greatest European conflict since WW2 is significant in its own right but throw the ensuing violence and medieval savagery into the middle of the ‘breadbasket of Europe’ and the impact  extends beyond the battlefields’ borders. Smaller Ukrainian crops and blockaded supply chains mean tradeable grain supplies are materially reduced. Prices surged with the initial invasion and remained high once it became clear that the conflict would be prolonged. The longer it goes, the more the world is susceptible to other supply shocks and the higher the anxiety for nations dependent on grain imports.

A much older form of plant-based energy, in the form of coal, oil and gas, is intensely woven into economies and business models, and steering the planet away from fossil fuel and towards sustainable sources is having unintended consequences. Corn used for ethanol has been prominent in the Americas for well over a decade but, more recently, Europe’s push into biodiesel has been a key reason canola’s popularity has soared to levels that make Taylor Swift look like a Hay St busker. As a result, cooking oil prices have lifted to the point of jeopardising the viability of the humble fish and chip shop. Even recycled cooking oils are becoming popular, as they are refined to create a blend that powers ships. When it comes to plant based oil, it seems that the appeal of recent vintages is overtaking those brewed up in the Palaeozoic era.

Weather patterns impact production, which typically has the greatest impact on pricing.  Good production years result in a price fall and poor production years vice versa. But the last two back-to-back Australian weather patterns were unusual in their extremity. Two years of debilitating east coast drought, followed by two years of multiple widespread east coast floods, has had a significant impact on Australian supply and demand drivers. WA was, for the first time, a supplier of millions of tonnes of feed grains to the east and, when that stopped, smashed the Nullarbor transfer records supplying animals to eat the knee-high pasture as the land bounced back. The east coast were prepared to pay, and pay they did, resulting in a disconnect to global prices. The same weather patterns (i.e. La Nina) also had significant impacts on other exporting nations, with Canada in particular copping a walloping, recording its hottest day ever in 2021, a balmy 49.6 degrees, which is remarkable for a place that is under two feet of snow for half of the year. Fears of new overseas production concerns are spraying more jet fuel into the already hot pricing rocket.

Some of the five ‘P’s have been coincidental - just dumb luck - but other elements are due to heightening environmental and geopolitical risk as the global population continues to grow. Will prices eventually come crashing back to Earth – history says yes – but forecasting when and by how much is the billion dollar question!