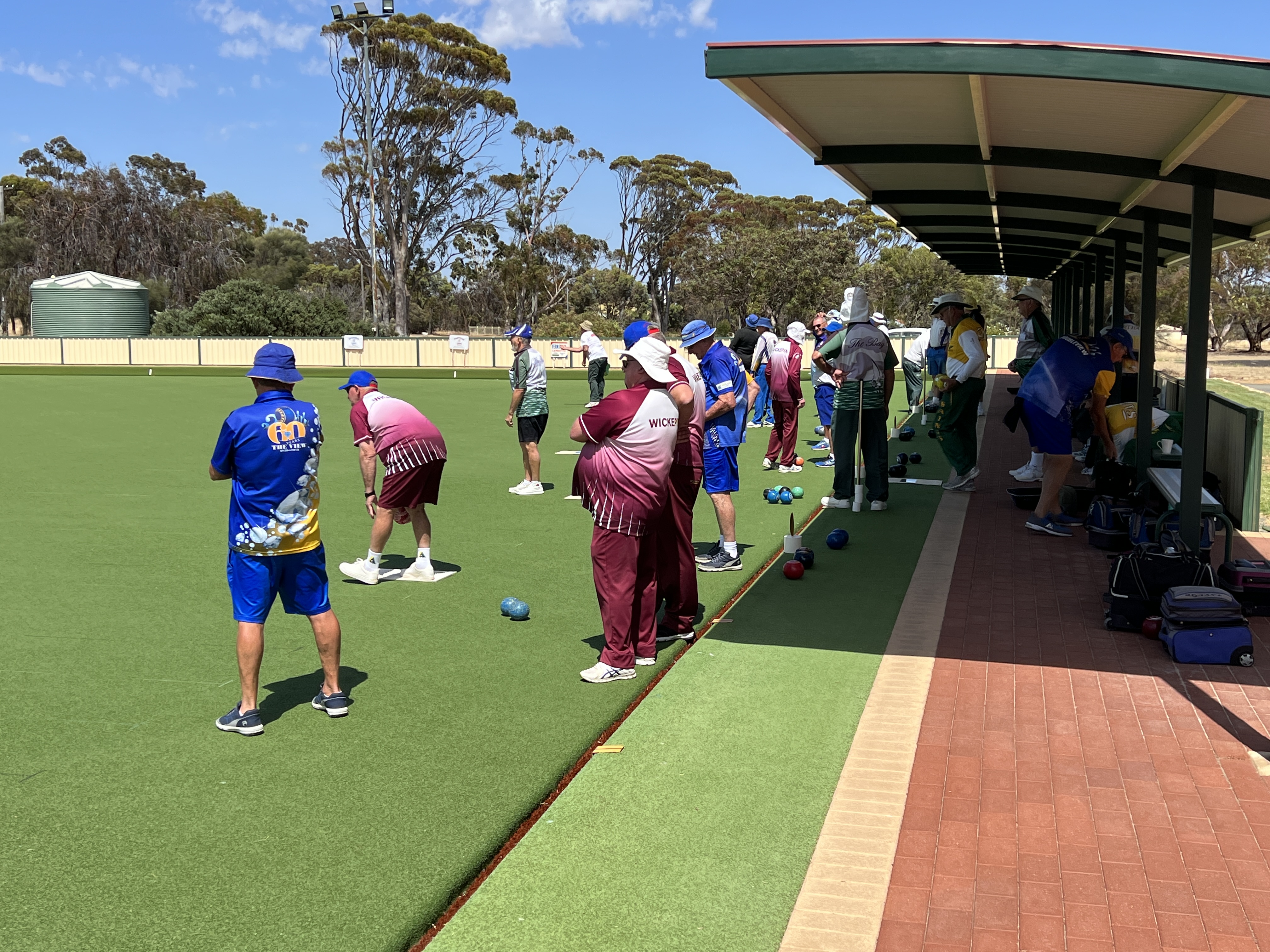 One of the great pleasures of being a sponsor to so many country town events is getting the opportunity to attend from time to time.  Milne Sales Manager, Wayne Manoni, was recently able to attend the opening of the Wickepin Bowling Club’s ‘Merino Fours’ event, played earlier in December. This event has been a long-standing event for 41 years and attracts some100 bowlers from all over WA.

Warm and windy would best describe the conditions on the day, but the Wickepin Club turned on a wonderful display of old-fashioned country hospitality to nurse the players and supporters through all they had to encounter.  Wayne was particularly humbled by the wonderful, warm welcome he received and thanked the club for the opportunity to sponsor the day.

Wickepin Bowling Club has approximately 45 members and becomes a focal point of both recreation and social interaction for the small country town during the bowls season.

Club Manager, Marion Hook, said that the club was greatly encouraged by many of the Perth-based bowlers commenting that the Wickepin greens were far superior to many that they compete on in Perth (hats off to the Wickepin Green Keeper, watering the fake turf prior to play paid off!!).

Marion also remarked that during the winners’ speeches, many people commented that the country welcome, atmosphere and hospitality is something the city bowlers relished, and is so much rarer in metropolitan-based clubs. The participation of sponsors was also noted, with sponsorship apparently also a rare event. The club enjoys the fact that the ‘Merino Fours’ competition is a multi-sponsored day, and appreciates that, without such sponsorship, days like this would not be possible.

The long-awaited watercooler has been a very welcome addition to the club, with icy cold water hydrating the bowlers until other liquid beverages become available later in the day/evening!