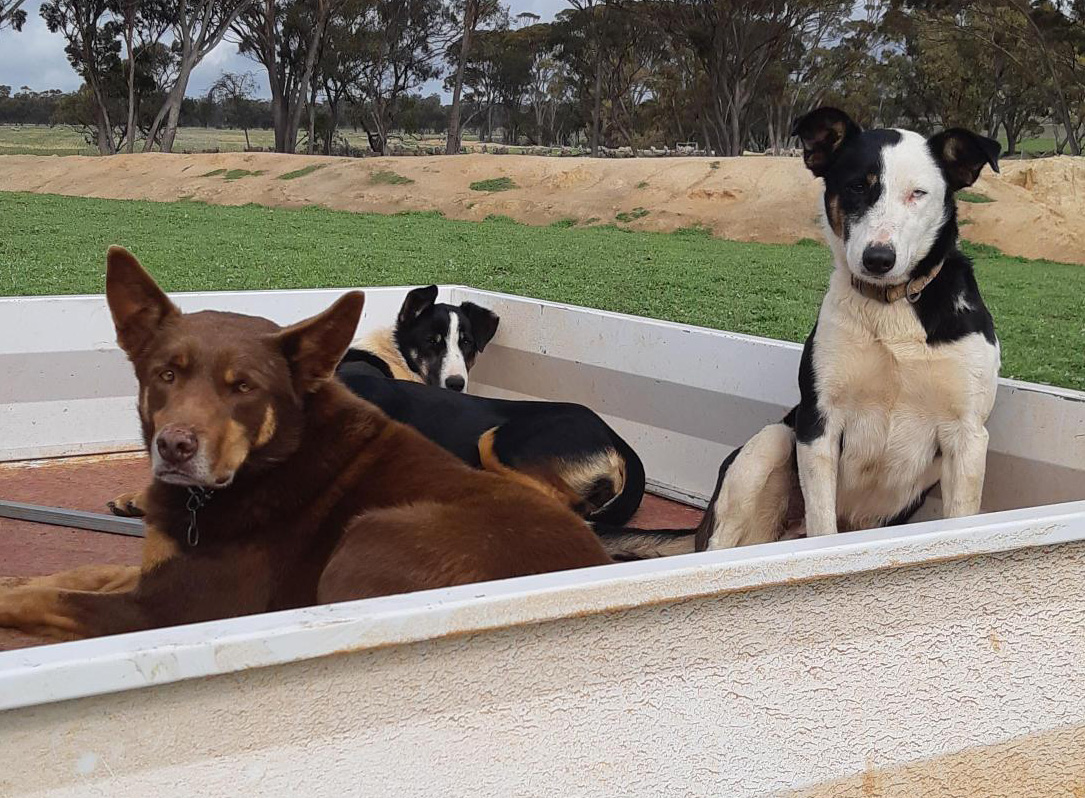 As much loved, loyal companions, dogs have long been called ‘man’s best friend’ but are they also a farmer’s best worker?  In agricultural circles, the ever-reliable working dog holds an integral place on the farm: working long days, always being up for the next job, and there to happily greet the boss, even when it’s been a bad day.  Historically, the significant contribution of the Australian working dog, in terms of workload, companionship and loyalty, is well recognised.  However, can the success rate of working dogs, and their actual economic value to the business be established?  A team from RIRDIC, in-conjunction with MLA, conducted a collaborative research survey to answer these questions (McGreevy et al, 2015).  The study assessed breed, costs, work use/rate and valuable behavioural phenotypes, with the aim of giving farmers the information needed to include the working dog value in their operations.

At the time of the study, conservative estimates of the number of livestock working dogs in Australia at 95,000, however it was suggested a more accurate figure was more likely to be between 270,000 and 300,000.  The use of GPS tracking collars established that a typical working dog worked for 5 hours a day, 5 days per week and travelled over 40km per day, reaching a maximum speed of 37km per hour.  One particular individual covered a distance of 68.3km in under 8 hours.

In terms of breed, 90% were Kelpies, Border Collies and their crosses, and most were used as 'all-rounders', or utility dogs. Mustering made up the largest ‘use’ category, with 27% of the dogs in the survey, whilst 8% were used for yard work.  Breeders seemed to be the main source of purchase, with 62% of dogs acquired from a breeder.  Whilst working dogs have been known to fetch prices into the tens of thousands, the survey found that 70% of dogs purchased cost less than $500.  On farm training appeared to be preferred, as 74% of dogs were acquired unstarted.

Heritability was considered an important factor when selecting suitable dogs, therefore, as part of the project, the pedigrees of over 80,000 Working Kelpies were collated. The research showed that many of the traits valued by working dog breeders and handlers have strongly inherited components.  This suggests that a selective breeding program can be used to achieve the traits that contribute to the success and value of the working dog.

When looking at maintenance costs, working dogs appeared to be robust and generally in good health, with data showing that 80% of the dogs incurred less than $500 in veterinary costs in the previous five years.

The research collected allowed an estimation of the economic worth of the livestock working dog, which was a 5.2-fold return on investment.  With such a figure highlighting the significant contribution of dogs to farm labour, owners could ratify their economic value to enterprise, not only for their emotional contribution, but also as a resource contributing to productivity.

Given that a good dog is commonly recognised as doing the work of at least one person, the contribution of the Australian working dog to agricultural production may just make them a farmer’s best worker.